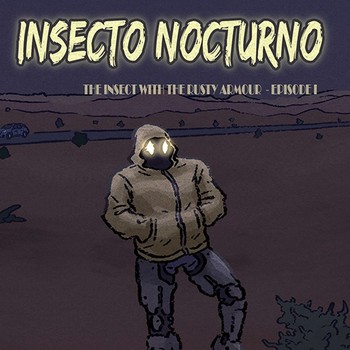 Gregory Gallardo is a man trapped in mechanical armor working as the bodyguard for the mysterious criminal known as Dimitri, all with the promise of getting out of the armor and returning to his life with his child. He will have to take some life-risking jobs against the "Republic Stars", the elite force of the country.

Insecto Nocturno was a short-lived comic in its original run, lasting only some months before getting canceled for economic reasons. It included a short pilot of the titular character facing one of the "Republic Stars", and a inconclusive first chapter. The first chapter was published on Webtoons.

As of 2018, the series gained a Soft Reboot as an interactive motion comic, published on the website of Waoow Comics. You can start reading here.