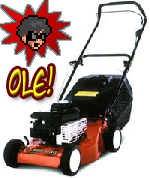 "I think it's a plan that's not just madness and insanity, but in fact transcends them and becomes the shape of a lawnmower."
— John "Blues" McQueen
"And let me tell you, if you think [In Wily's Defense] is your average Mega Man sprite comic, slap yourself and think again."
— Alan Solivan
Advertisement:

is a completed Sprite Comic by Mike Renner centered on the question of what would happen if the roles of Dr. Wily and Dr. Light of the classic Mega Man games were reversed; i.e., Dr. Wily is a roboticist-turned-Twinkie factory owner that only wants a quiet life (but does a fairly poor job at it), while Dr. Light is a megalomaniacal Mad Scientist dead-set on killing every last one of the Wilys. Throw in a loud, lazy egotistical God and his Angels of Love, Death, Destruction, and Fate, and, well, guess what happens next.

About halfway into IWD's third season, Renner began its sequel, Tales of Southtown

, another sprite comic primarily focusing on the Seraphim, the children of the three female Angels (who have been promoted to Goddesses), and a few characters from Fatal Fury, The King of Fighters, and one from Street Fighter. ToS was discontinued due to a lack of a concrete plot.

IWD was started again four years after the original series, taking a Darker and Edgier turn.

These Webcomics provide examples of: