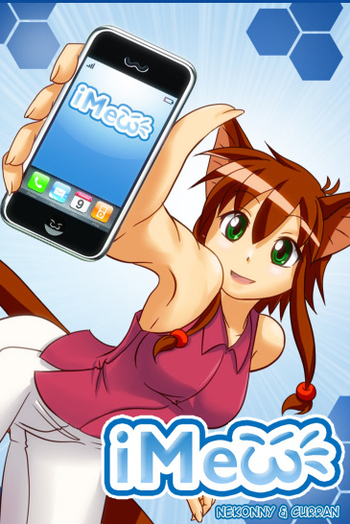 iMew is a comedy webcomic drawn and written by Nekonny and co-written by Curran. The comic can be read on Kemono Cafe here

Ever think your phone's controlling your life? Sammy sure feels that way! After purchasing a mysterious knock-off phone, she's discovered the apps control a little more than you or I would expect! Now she has to get her life back before the battery runs out!