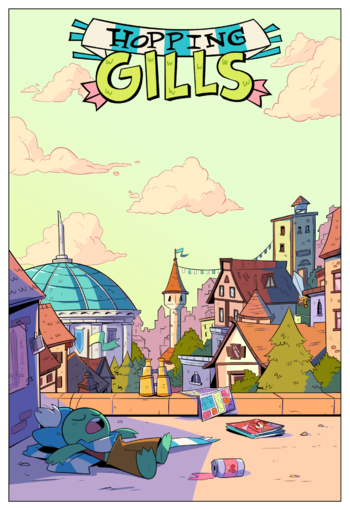 Not all heroes wear capes
Advertisement:

is a webcomic by Herny, creator of the popular Luna Afterdark

The story follows Kip, as he tries to become a hero. However, things take a different turn for him when he meets Priscilla the Fish Girl. A self-confident adventurer who shares the same dream but has different methods of achieving it.