Webcomic / Girls of the Wild's 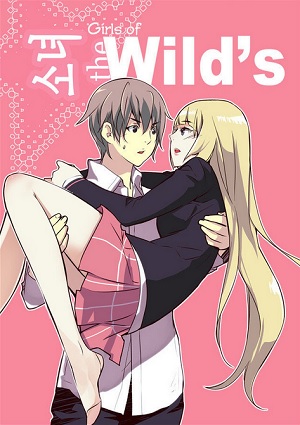 What you see is... kinda the story. It's also got bullying... lots, and lots, of bullying.
Advertisement:

Song Jae Gu is a down on his luck middle school graduate who works hard to scrape a living at a local car wash and care for his two younger siblings despite the absence of their parents (death for the father and abandonment by the mother). He must now either end his education there and work full time or go to school somewhere for free.

His ray of hope appears when Wild's High, a private all-girls high school decides to become a co-ed institution to cultivate their students as women as well. Jae Gu ends up the only male applicant and is offered a full scholarship if he chose to attend.

Shortly after, Jae Gu starts off on the wrong foot of Yoon In Gyi, The Queen (Wild's High's strongest fighter) by spilling coffee all over her clothes, learns that all extracurricular activities are compulsory and almost always involve martial arts, and realizes he won't be able to keep a low profile and hope no one notices him (he's the only male in the school after all). Despite the rough start, his story at Wild's High begins.

Girls of the Wild's

is a Korean Webtoon by Zhena, artist of Nineteen, Twenty-One, and writer HUN.

The first season of the Webtoon series came to an end after 204 chapters, and the second season starting from chapter 205 started up after a one-month hiatus.