Webcomic / Ghosts Among The Wild Flowers 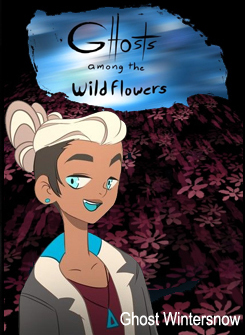 No one knows for sure if the treasure is still out there,
but people still seek it out.
Only to find...
Ghosts among the wildflowers.
Advertisement:

Ghosts Among the Wildflowers is a Web Comic by Ghost Wintersnow.

In this world, there is the legend of the Ghost Treasure. The legends are not clear on what exactly it is. Some claim it's a magical elixir. Others that it's an ultimate crafting material. Or maybe it's simply some very valuable loot. But it exerts an irresistible Call to Adventure for many.

The story follows a diverse collection of characters including two howlers (benign werewolves,) a monk that's actually a plant lifeform, a badass one-eyed treasure-hunter and her Cat Girl partner as fate throws them together in search of the treasure... one step ahead of The Empire that's also seeking it.