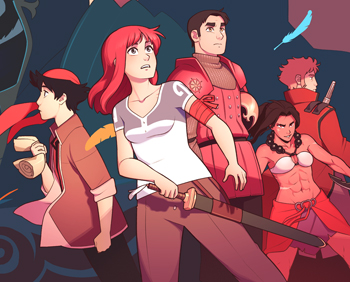 Luna and a crew of castaways journey to change the world.

is a fantasy/adventure webcomic by Michael Sexton, set in an endless ocean sparsely populated by a few floating cities.

Luna, an introverted young shipwright, was leading a quiet life in Rose City until Ten's flying boat was accidentally shot down and she is roped into helping him build a new one.