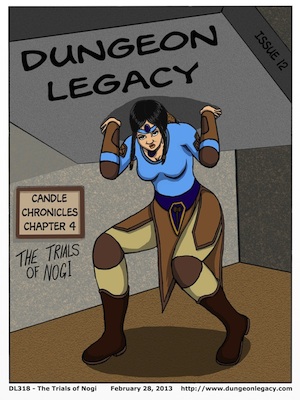 Chapter 12 - The Trials of Nogi

by George Ward is a long form comic dealing with the adventures of a mismatched group of characters dealing with the troubles brewing in the world around them. They are skilled warriors and magic-uses but the forces against them are more powerful then they at first realize. They have trouble working together and sometimes work at odds with each other, which doesn't help the situation.

Will they ever get organized to deal with the current threat or will they constantly get beaten down by the forces out to control the world?

Tropes seen in the webcomic: