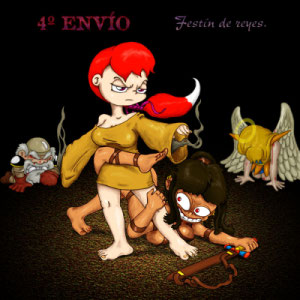 is an epic webcomic available in both Spanish and English created by Spanish author Fadri.

The comic is about Seldron Siral, a cowardly crybaby elf who works as a postman, delivering mail with Mythu, a dragon who loves to devour people - though he doesn't like the way elves taste. Along with them are Boltrin Sigfron, the powerful and most famous dwarf hero in this world, and Angie, a narcoleptic half-angel girl.

It is basically a mix of epic fantasy and absurd humor, where tearjerking, action-packed and hilarious situations appear at any moment.