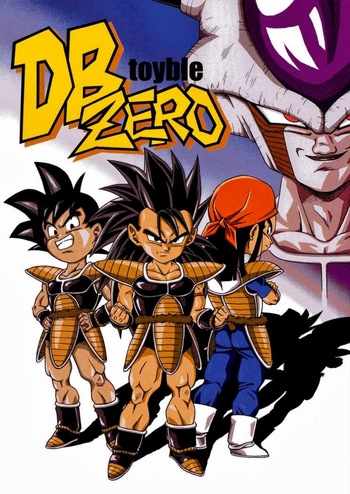 Dragon Ball Zero: the origin of Raditz is a short doujinshi by Toyble, published in the 2000's.

Is the story on how Raditz met Nappa and Vegeta after Raditz's team (formed by Turles and Rychelo) was ambushed by Freeza's soldiers.

This is one of the very few mangas known by Toyotarō before he became part of the creative staff of Dragon Ball Super. Is largely Outdated by Canon, however, due to implementing material from the movies.

Not to be confused with a fanfic of the same name.

This doujinshi presents the following tropes: