Webcomic / Down the Street 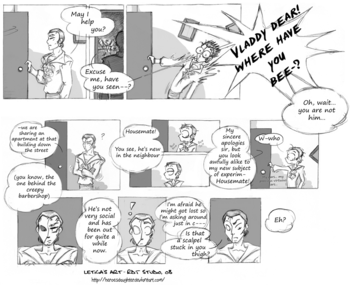 Down the Street by Heroesdaughter is a Buildingverse Fan Webcomic. This one is focused on a nearby building where the classic but unlikely pair of Dr. Frankenstein and Dracula are sharing an apartment, Mrs. Lovett runs her Pie Emporium and Mina Harker has temporally moved with her.

A comic full with intelligent and disguised cult references.