Webcomic / DICE: The Cube That Changes Everything
aka: Dice 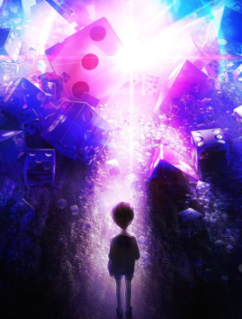 Your Life Is Now A Game
Advertisement:

Dongtae is rock bottom in everything. Looks, grades, life, everything... But all that might change.

If you could change your life by playing a game... Would you?

DICE: The Cube That Changes Everything is a Korean Webtoon by Yun Hyun Suk.