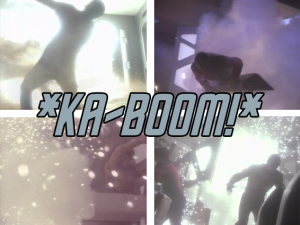 "Nice Sound Effects" "Thanks"
"No-one ever dies one minute into a campaign"
— Sisko, tempting fate
Advertisement:

is a Campaign Comic hosted on ComicFury that follows the story of several Starfleet Officers, a Bajoran, a Shapeshifter and a Ferengi as they run a derelict space station. It's also the story of a group of RPG players and their DM who created a world that seems to be a lot like Star Trek: Deep Space Nine.