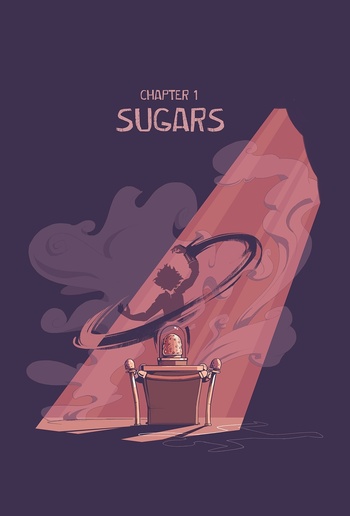 The title page for Chapter One: Sugars.
Advertisement:

(also known as Nuco) is a webcomic by Brendan Blaber, aka JelloApocalypse.

The comic follows Hiccup, a ninja who travels across the continent of Cornucopia having adventures.

Currently, the comic is on hiatus after Jello started production on the first season of Epithet Erased. A backup can be found here