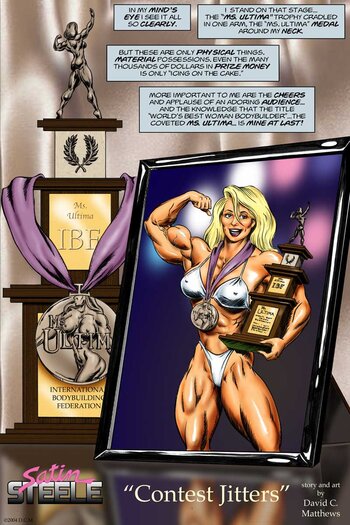 Contest Jitters is a webcomic by David C. Matthews (creator of Tetsuko). It follows Janet Steele, a budding female bodybuilder as she prepares for (and takes part in) a major competition. It is not published on a regular schedule, but “whenever a page is finished” (to quote the creator).