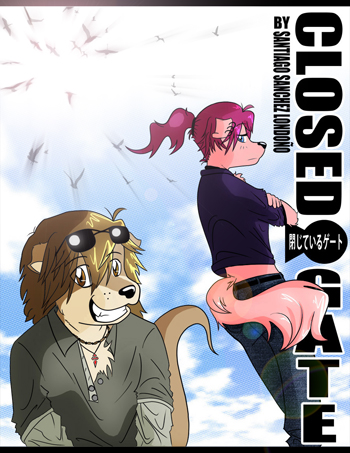 From left to right: Christopher, Roselle.

is a fantasy webcomic about the adventures of a runaway slave in the Continental Union, who tries to uncover the truth about the colonization of his island and his missing father.

The comic is hosted on Smack Jeeves. You can start reading it here.

At the dawn of a New Age, the Union is conquering the South Islands one by one. During the Union invasion to his hometown at the island of Terranova, Christopher is shot and presumably killed. To his surprise, he wakes up alive, with the invasion gone and his father missing. Two years later, he escapes to Santa Lucia, capital of the growing Union, to learn about his father's disappearance and the Union's real intentions. On arrival, a chain of events leads him to live with Roselle Campbell, a top-ranking officer of the Union's military.