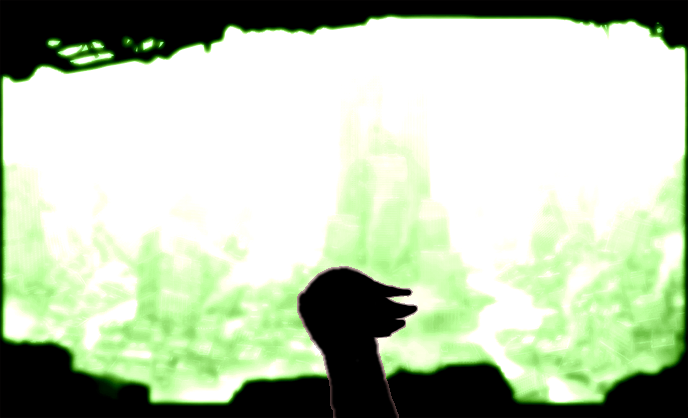 Your name is Tsoko. You wake up with a headache on a train car, and upon closer inspection, all you have with you is a pack of cigarettes, a lighter with your name written on it, and a mysterious pair of green shades. Worse still, it seems that Earth has become a barren wasteland while you were unconscious. Naturally, you venture outside to figure out what the hell happened...only to find that things are a lot more complicated than you previously thought.

The game, a Starmen.net original, enjoyed an impressive amount of success with its interesting characters and strangely dark and yet cartoonish atmosphere, despite the fact that it rose from the depths of obscurity. The completed game can be found here