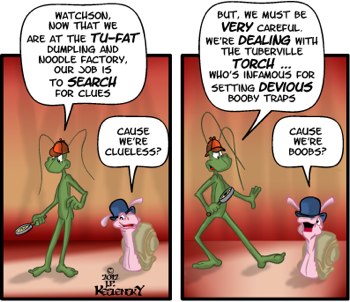 Well, one of them is, anyway.

follows the critters of Lake Tuberville, Georgia on their many episodic adventures, with several nods to The Golden Age of Animation. Previous adventures include but obviously aren't limited to:
Advertisement:

Updates every Tuesday and Thursday.

Not to be confused with that other webcomic, Bug.