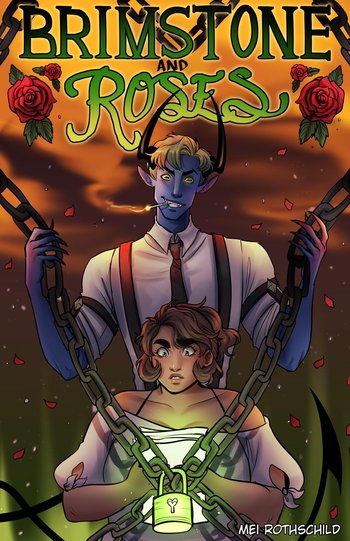 Beatrice "Bea" Rosario has recently been dumped. And she's totally over her ex. But with her sister's wedding on the horizon, said ex attending and needing a plus 1, Bea does what any rational, clear headed person would do: Summons a demon from the pits of Hell, one Lazareth, to fill out the role.
Advertisement:

One soul binding contract later, and off they go. But summoning him was the easy part. Lazareth has no intention of leaving any time soon. Now Bea is stuck with a demonic roommate who own her soul.

A webcomic from artist Mei Rothschild. Featured on Webtoon

Brimstone and Roses contains examples of: