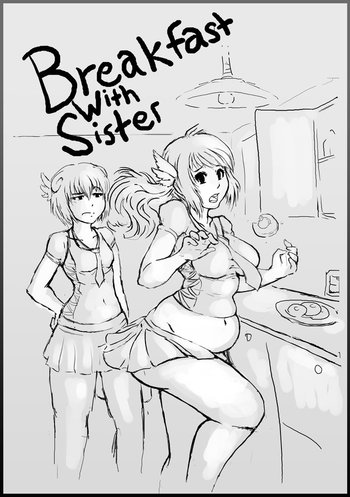 Kip caught on the act
Advertisement:

Breakfast With Sister is a webcomic made by Kipteitei which can be found in deviantArt. It follows the love and hate relationship between Kip (an adorable yet kind of awkward girl with a love for food which borders on absurd) and her younger sister Kat, a tomboyish girl who often picks on her sister's eating habits, while actually cherishing and feeling attracted to the potbelly her sister usually sports as a result of her binges. It was extended with a second chapter and a third, titled Lunch With Sister and Dinner With Sister respectively, which introduced new characters and expanded the story, as well as other stories set in the same universe.