Webcomic / Between the Lines 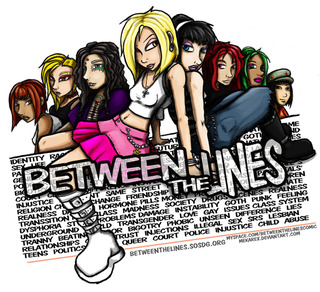 is a comic about a group of transgender teens. Main characters, Shay and Dani must simultaneously navigate the challenges of adolescence, while also dealing with complicated issues related to gender and identity.

The author has decided to discontinue the webcomic, but is planning to publish the series in a graphic novel. The webcomic pages can be found on their DeviantArt. As of March 2015, the strip is on hiatus and while it is unknown when it will continue, the author has stated that the comic hasn't been scrapped and that she's planning to work on different projects for the time being

, although there has been hints on her Facebook page and Tumblr throughout the year about the