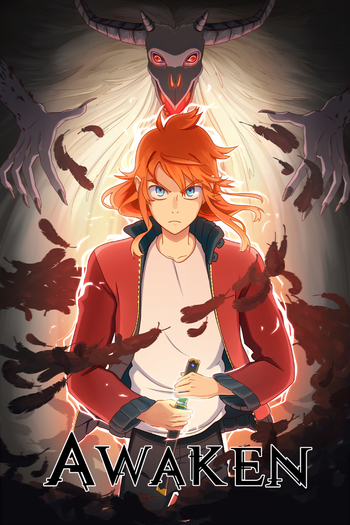 is a webcomic by Koti Saavedra. It follows Piras Dameschi, orphan and son of famous hero Major Vanyo Dameschi. He wants to be a Knight of the Empire of Nova, but a fateful meeting leads him in the opposite direction, with him learning that much of what he thought he knew was a lie...
Advertisement:

Not to be confused with the series of the same name or The Awakened.