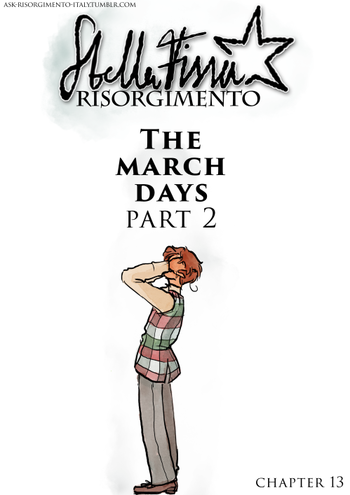 Title page of the 13th chapter of the webcomic

A webcomic based off of Hetalia: Axis Powers. It portrays the character of North Italy during the Risorgimento period of Italian history, along with cameos of his family, friends, and historical figures. The blog was started in 2014 and is still active. You can find it here: http://ask-risorgimento-italy.tumblr.com/