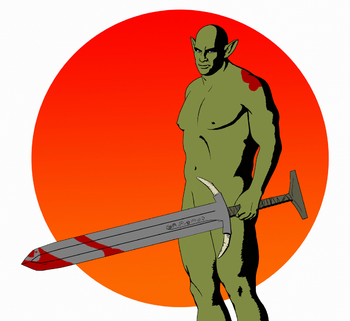 " Why do you want to join the Hammerseek questing party?"
— Gruvalg
Advertisement:

chronicles the adventures of a crossdressing elf, Ananthalos and his orc companion.