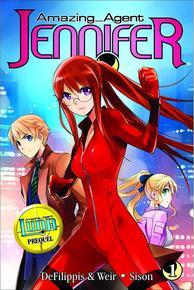 A prequel to English-language manga Amazing Agent Luna. Follows the early career of Jennifer Kajiwara, as she enrolls in college and is recruited by a government agency. Published in two volumes, it was also released as a webcomic.