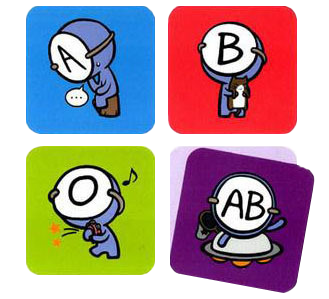 Human beings are very complex creatures. Their worldviews, thought processes and personalities are shaped and defined by many factors, such as their genetics, upbringing and environment. Alas, in Korea, and other East Asian countries, people are often judged based on their blood types alone, and blood-based personality stereotyping are still often used to gauge one's job suitability and relational compatibility.

And so begins A Simple Thinking About Blood Type, gag-per-day Korean Webtoon set out to portray how the aforementioned stereotypes might operate in life.

Hilarity Ensues in most cases.