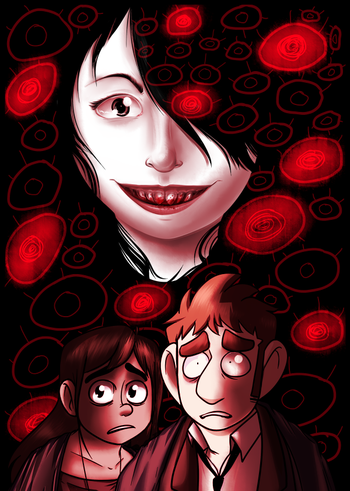 is a Webcomic about a pair of... less than professional paranormal exterminators in a world where ghosts are an everyday fact of life. Maxine Gottwin is an unlicensed paranormal exterminator, a job she loves in spite of the poverty it leaves her in. She is assisted by Jack Henderson, a former newscaster who lost his last job in very public and humiliating scandal. The two solve problems with feral ghosts and cause problems with legal authorities. Updates Wednesdays and Saturdays.