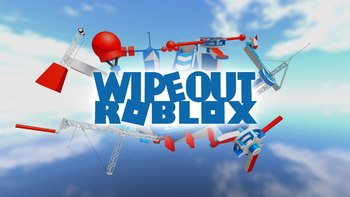 Wipeout Roblox is a Youtube Series made by Skylord. It is based off of Wipeout (2008). The show is basically Wipeout in Roblox, with 24 Robloxians competing for 500 Robux. The series started in the early 2010's and is still currently being made.

Only add tropes that specifically apply to this series, any tropes about the show in general go on the page for the show.