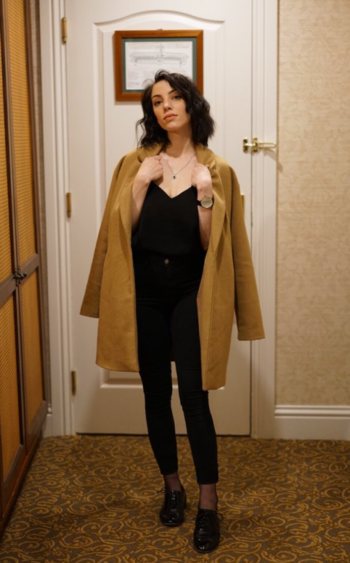 (born on April 19th, 1995), is a Digital Artist and Youtube personality from Denmark.

Her channel was originally for speedpaints but now, upon making a full transition to Youtube; she makes vlog-style videos about Brighton (where she used to live) or places she goes to, clothing and makeup hauls and general things about herself and what occurs in her life.She is currently experimenting on the type of videos she produces.

She was also known for dating fellow Youtuber Jacksepticeye

, who would occasionally make appearances in her videos. Unfortunately, the two are no longer

and her new blog is here