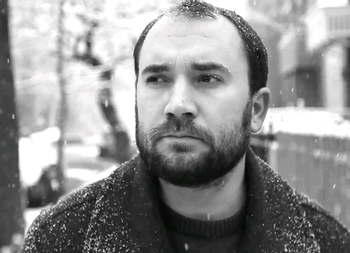 In this photo, he could almost be mistaken for a level-headed, responsible person.
"You gotta kill your clones. They make the census form REALLY hard to fill out. And they eat exactly as much as I do... and I'm a pig! Extra grocery shopping? I think 'kill.' "
— Craig, in "Intro to Wheezy Waiter"

is a comedy YouTuber known for his non-sequitur sense of humour and heavy use of recurring jokes.

His videos take the form of heavily fictionalized videoblogs created by an exaggerated, quirky version of himself—although in his videos he insists that they are a documentary, and that his life is filmed exactly as it happens. Recurring elements include clones of himself he creates to do chores for them, and sends to an alligator pit at the end of each day, bad puns, a whale he keeps in a tank in his room, Time Travel, and an apartment that doubles as a Cool Starship.

He seems to talk about his beard a lot, and as a result his fans are called "Beardlovers."

This vlog provides examples of: