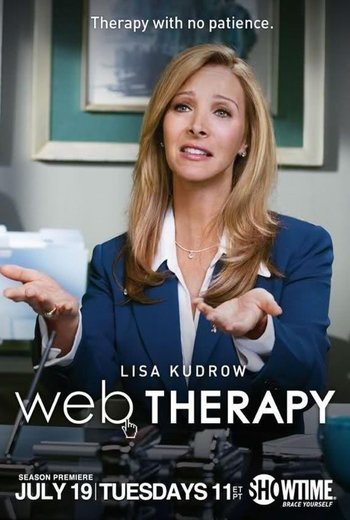 "Hi I'm Fiona Wallice and this is Web Therapy."
Advertisement:

In 2011, it was turned into a TV series airing on Showtime. On August 2015, Showtime cancelled the TV series after four seasons.