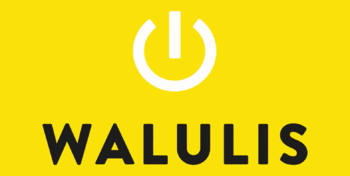 Walulis is a semi-continuation of Walulis Sieht Fern, now on YouTube, produced by funk, a service provided by both ARD and ZDF and their affiliates in an effort to support content where the öffentlich-rechtlichen Sender note  basically the german equivalent (publicly-owned, taxpayer-funded) of PBS or The BBC did not have any before.

It is closer in style and humor to american comedy shows, such as The Daily Show with Jon Stewart and Last Week Tonight with John Oliver, than Walulis Sieht Fern was (which was inspired by Charlie Brookers Screenwipe), but still focuses on media and analysis. The biggest difference might be the inclusion of media apart from television, such as Video Games or YouTube. This is deliberate, as the concept of the show was divised in cooperation with the viewers, who recommended these shows as examples of what they would like to see.

It is currently ongoing and new episodes are released every Monday and Thursday on both YouTube and the official funk website.