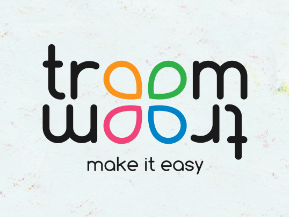 The channel debuted in October 2015 as a seemingly normal place to find videos on how to do fun crafts. It kept this model for the next year or so. Then, sometime in early 2017, more actresses began being featured on the channel and it morphed into a bizarre combination of prank videos, strange D.I.Y's, and life hacks.

Many viewers of the channel note the strange, disquieting nature of the videos, the fact that most of their activities that they label 'pranks' don't really qualify as such, and that the actresses never talk. It has been under debate if Troom Troom is an honest attempt at a craft channel by foreigners, an abstract work of Surreal Humor lampooning and parodying many popular prank and life hack videos, or something more sinister.

The identity of the creator of the channel remains unknown. All attempts to contact them have been unsuccessful and they have denied all interview requests.