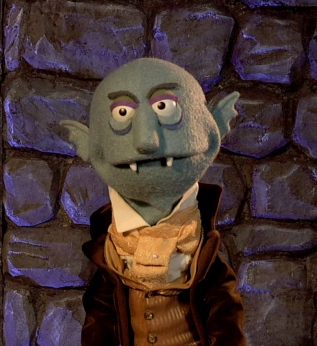 Definitely not for kids.
Transylvania TV is a Web Video Retro Monster Comedy Puppet Show that is not for kids. Described by one of the creators as the illegitimate child of The Munsters and Avenue Q, it stars the dysfunctional crew of a television station in Transylvania.
Advertisement:

Upon his arrival in the station, Furry makes some modifications to the Frankenstein Device and resurrects several old television shows—making way for parodies galore.

The episodes vary among showing station antics, the in-universe television shows, and Furry's Vlog Series. It ran for three seasons and had a public access Halloween special, with five made for TV episodes following afterwards. Can be viewed here.

The series was hosted on That Guy with the Glasses from 2010-2011, but left to pursue other ventures.