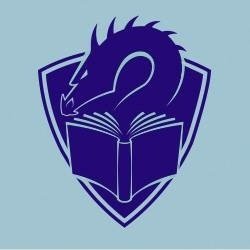 "Many Magic: The Gathering Players ask the question, what's a good YouTube channel for advice about this popular card game?"
Advertisement:

With 25 years of history behind it, an immense library of cards to draw on for deck building, and perhaps one of the most rabidly faithful fanbases in the Trading Card Game industry, it can seem daunting and intense when a new player is first introduced to the world of Magic. What cards in this set are good? What cards are cool but functionally useless in competitive play? What should I do if I don't have the time or finances to compete at my local game store, but just want to be better at playing with my circle of friends?

The Professor, a hapless Adjunct Teacher at the less prestigious (but definitely more safe) Tolarian Community College, produces YouTube videos weekly analyzing the value of new products and sets in Wizards of the Coast's trading card game Magic: The Gathering, the viability of cards in formats like Standard, Modern, Commander and Pauper, Lore Analysis videos diving into the stories told through Magic's cards, editorial videos discussing what should and should not happen in future Magic sets, and sketch comedy interviewing Cosplayers of famous Planeswalkers in character.