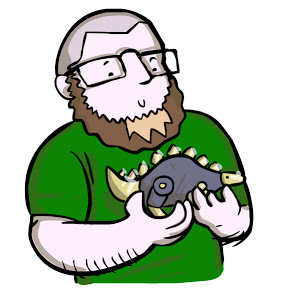 is a Youtube reviewer who reviews Transformers toys. The series began in 2007 as his response to the dry, matter-of-fact, informative-based types of toy reviews at the time. His reviews are quickly-paced, brimming with humor, and pointing out the positives of the toy being reviewed, (regardless of its quality,) and grind. Lots and lots of grind.

He also created Toygrind, a series for talking about non-Transformers toys, and Dammit, Open!, which is a PO box unboxing series, named for an infamous line spoken by Ultra Magnus in The Transformers: The Movie. He also has a let's play channel called Playgrind,

which has, of course, featured multiple Transformers games.