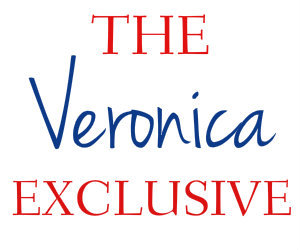 How very.
So, here we are! We survived senior year! You know - you know, things didn't have to be this way. We could've been okay, we could've been... (sigh) I can't take back what happened or what I did. I can't go back in time, and fix this whole mess we've gotten ourselves into. It's not even "we" anymore. Everyone else is... dead. Everyone else is dead! I'm the only one left who can say how everything fell apart. You know it's one thing to want someone out of your life, but it's another thing to serve them a wake-up cup full of liquid drainer! Or - or shoot them and make it look like a forbidden gay suicidal love pact of lust—! ...Someone once told me that, even though they were damaged, that I wasn't beyond repair and that I could make things better. That person said a lot of stupid, stupid things but... that person was right about that one thing. We're all damaged, but just because something is broken doesn't mean it can't be beautiful. It's my responsibility to make things better here. I'm the only one left that can fix this.
— Veronica Sawyer, Episode One; Dear Diary
Advertisement:

The Veronica Exclusive is a modern-day fan adaptation of the cult classic movie Heathers, with strong influences from the musical as well. The show is done by the "online web troupe" StreamVaudeville, although the show has since been removed from the StreamVaudeville lineup due to "creative differences". The show is now part of Malvolio 15 Productions.

Veronica Sawyer is a high school senior who just wants one thing: to get through her last year of high school in one piece. Recording everything that happens to her and posting it on YouTube, she plans to fly under the radar as always. The Heathers, however, have other plans. The Heathers rule the school with a perfectly manicured fist, and Veronica finds herself swept up in their world of gossip, backstabbing, and cruel pranks directed at the lower caste of students - including Martha, Veronica's best friend. Veronica is deeply unhappy, but endures it for the sake of her social status. That is where Jane Dean comes in. Jane, or "J.D.", and Veronica fall for each other quickly, and J.D. promises Veronica that they can make the Heathers pay. But when the bodies start piling up, Veronica realizes she may have gotten in a bit over her head...