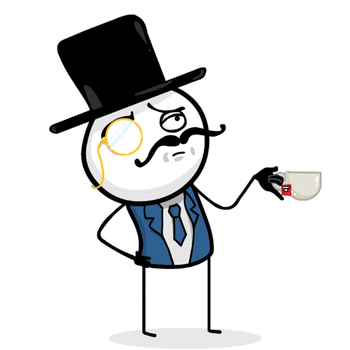 is a British gaming YouTuber who specializes in showcasing and exploiting various bugs and exploits in video games for the hilarity it would cause. If there's something broken in a game, you'll be sure he'll find it, cheese the heck out of it for giggles, all the while drinking a cup of Yorkshire Tea.

His portfolio however starts remarkably mundane, in that his early videos explored the lore of Stellaris. Due to the long periods in between updates, he eventually branched out to video game exploits, and the rest is history.