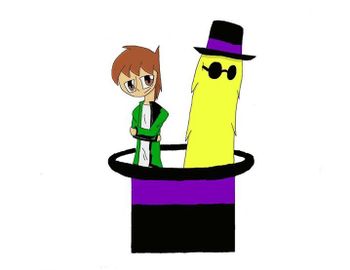 You review it, they review you.
Advertisement:

A Video Review Show on the internet, where instead of reviewing movies or video games, the author reviews other people's reviews. In addition to reviewing other reviews, he has also reviewed other things (RWBY and You're a Dirty Rotten Bastard for example) himself and made non-review fun videos. His videos can be viewed on YouTube here

Not to be confused with Reviewing a Reviewer, with a similar premise (where the focus is on the reviewer's whole work itself, instead of a specific video of theirs).

Reviews he has... reviewed
Advertisement:

This channel provides and discusses examples of:

Alternative Title(s): Those Dudes With A Hat, Review Reviewer