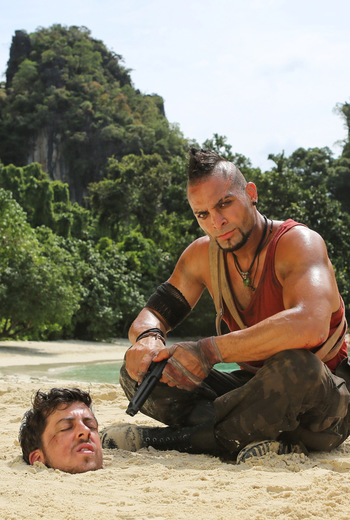 Say "Hi" to the Internet!
Advertisement:

The Far Cry Experience, alternatively known as The Vaas Montenegro Experience, is a web series Prequel to Far Cry 3, starring actor Christopher Mintz-Plasse As Himself, filming a survival show on the incredibly dangerous Rook Islands as a means to promote the In-Universe version of Far Cry 3.

Tropes applying to this series include: