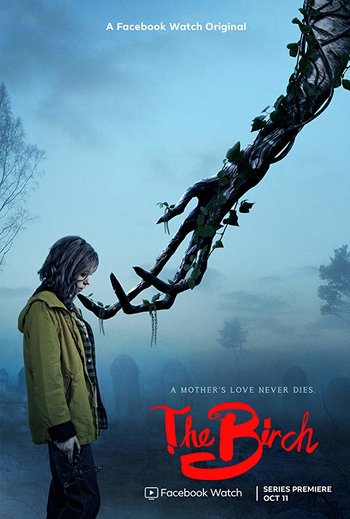 The Birch is a 2019 Facebook Watch original series, based on the Crypt TV short story of the same name.

The series follows a pair of troubled teenage girls, and their encounters with a dangerous supernatural force that may or may not be the answer to their problems.

After Evie Grayson witnesses a murder committed by drug dealers, she is targeted by local crime lord Sebastian Polk. She discovers a mysterious ally in the forest, the titular Birch — a fierce guardian that will destroy her enemies when summoned. But as gruesome deaths plague the small town, Evie begins to question the nature of her supernatural protector.

In a parallel story, Lanie Bouchard is the adopted daughter of a local politician and has just given birth in secret. Her parents insist the baby is her "sister", and go to increasing extremes to keep Lanie away from her child. Troubled by strange visions and a power she doesn't fully comprehend, Lanie fights to save herself and her daughter from the Bouchard's control.

The series was renewed for a second season, which aired on March 26, 2021 and concluded on May 28th of the same year.

The Birch provides examples of: