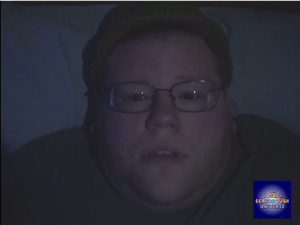 Another restless night.
Joseph: Oh brother, as if I didn't already have enough hallucinations...
Advertisement:

Technicolor Dreams was a short webplay that was released on YouTube on February 22, 2015. The production was produced and directed by puppeteer Joseph Scarbrough, and was his first foray into experimental films.

The story follows Joseph through a restless night filled with eerie and surreal dreams that prevent him from getting a peaceful night's sleep. Enter a pair of Dream Sprites, who have been dispatched from Cloud Nine to help regain control of his dreams.

Not to be confused with the album of the same name by The Bee Gees.

Tropes associated with this work