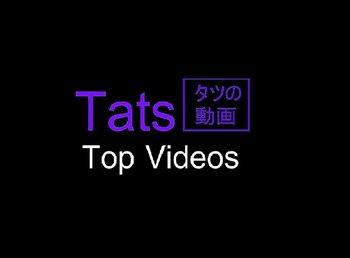 The logo from the group
Advertisement:

(CyberGothTatsumaki before the name change) is a YouTube channel created by Tatsumaki. The channel itself is dedicated to creating various top x lists of varying numbers (for instance, the usual top 10, to top 25, and the unusual top 68!)

The channel is primarily run by a large group of people. A group called the "Tops Crew" that still expands today. The Tops Crew includes narrators, script writers, musicians, and Series Mascot XJ, a robot.

The current channel was first created back in December of 2010, but before the recent one, there was a less successful channel during '08-'09 called "Goth Mikau" that used to have a mixed collection of videos, including Ultimate Videos, Top Videos and Lets plays "Roboquad Plays." The Ultimate Videos contained several compilations of various content, ranging from the popular Ultimate Near Misses and the Ultimate Strangest Creatures. The Top Videos section contained only Top 10s, and did not feature any other narrators but the creator herself. The last section was Roboquad Plays which featured Roboquad as Mascots, as well as XJ being a car and Panthie a stuffed toy. Due to repeated copyright strikes, with various content taken from cartoon and films, the channel was removed and the mascots forgotten. Another YouTube channel called Goth Tatsumaki was created (which the owner Kenshin Mizuhara owns) The New Channel is now called Cybergoth Tatsumaki or more commonly known as Tats Tops Videos.

There are currently two different joint channels. Tats MLP, dedicated specifically for My Little Pony: Friendship Is Magic related content, due to the titular creator being a pegasister. Tats SFM which is a gaming related channel where Tats uploads random gameplay footage, It is still unclear as to why the channel was officially named Tats SFM, but it was rumoured the channel was first going to be used for Source Filmmaker content. All joint channels and the main will have trope examples on this page.

As a commentary group, Tats Top Videos has been a pretty big success, having a dedicated Fandom of 783.000 people and growing, with some were nice enough to volunteer as Tops Crew members! Several YouTubers have been chosen especially for the channel, among them include Kenshin Mizuhara, Sixth Demention, NDL Mongoose, Feenecks Chompski, Fumiko Chan, Psycho Billy, Cantabile and That Creepy Reading. Each member seems to serve some important role to the success of the team.

"Tats Tropes Videos" provides example of tropes such as: