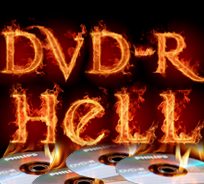 TV Heaven, previously known as DVD-R Hell, features Brad Jones riffing certain shows (usually that haven't been given an official video release in years, if ever) as himself. The show was renamed in 2020, with Brad noting he hasn't actually watched things on DVD-R in a long time.