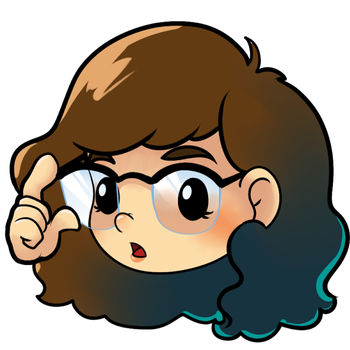 Art by Magdalen herself
"I was like 75% victorious in controlling myself. I may have called her a potato-faced scab, but that was it. That was it. I’m proud of myself. That’s restraint for me. You should all be proud of me."
Advertisement:

is the (now former) name of the YouTube channel of Magdalen Rose, sometimes referred to as Mags, who hosts multiple shows on her channel.

As of August 2019, the channel has been renamed to just Magdalen Rose, with the subtitle "lo-fi social commentary to study/relax to."

. Other "weird" videos are released on a subchannel called MimiRose Manor