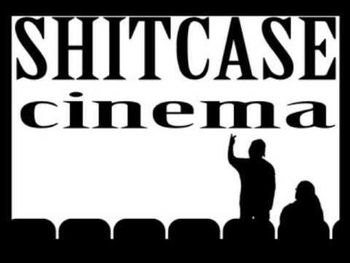 Shitcase Cinema is a comical look on most of the well-known and obscure movies reviewed by two British guys named John and Bruce, who is supposedly a professor, yet John constantly beats on him. Also, he also loves mustaches.