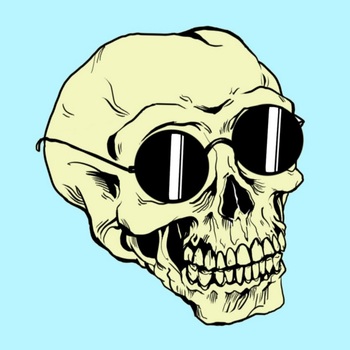 Shaun is the YouTube channel belonging to Shaun, a leftist who specializes in debunking right-wing and reactionary talking points through a combination of heavy research and minimalist presentation style.

The channel initially began as Shaun and Jen, and featured Shaun and his friend Jen playing through various video games. During the end of 2016, real-life circumstances led to Jen stepping back from the channel, and Shaun started to release videos similar to the style for which the channel would later be known for. Eventually, the channel was renamed to Shaun.

Shaun videos are fairly bare-bones. They involve audio of Shaun reading his response to another video over a still image of his signature skull wearing sunglasses, often superimposed with videos, articles, and other images he uses to help make his point. Instead of visual gags and characters, he uses a deadpan sense of humor and thoroughly covers his topics.

The Shaun channel can be found here