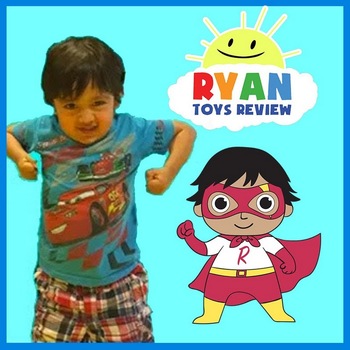 Seems boring to you? Guess again. He was considered the youngest YouTube celebrity

and his channel is tenth most viewed (46 billion!) in the world, thanks to children being the Target Audience and getting their hands on technology more frequently than ever. The channel has set the Guinness World Record for the most viewed YouTube channel starring someone born post-2000. No, seriously.

In other words, the Trope Codifier of children's toy review channels on YouTube.

Besides toy unboxing videos, he also stars in videos showing him in playtime, visiting fun points of interests, doing harmless challenges, making DIY things, and performing Edutainment. There are animations and children's songs to watch too. Pretty entertaining for a child to watch and love.

Ryan's World has spawned a Franchise of the same name, owned by pocket.watch and complete with its own toy line and currently 8 Spin-Off channels:

, as well as Ryan's Family Review

In December 2018, Ryan's World and pocket.watch collaborated with WildWorks of Animal Jam fame to create an Endless Running Mobile Phone Game, Tag with Ryan, which is pretty much Animal Jam's Dash Tag but with Ryan's World characters.

In 2019, he started production on his own TV show called Ryan's Mystery Playdate, created and produced by pocket.watch. The show follows Ryan and his parents completing challenges and solving puzzles to gather hints in order to unbox their Mystery Playdate, a "Sesame Street" Cred. The trailer is here

and you can (legally) watch the first episode here

A licensed Mascot Racer title, Race with Ryan, debuted on Microsoft Windows, PlayStation 4, Xbox One, and Nintendo Switch in November 2019.

In 2020, another television show based on Ryan's World was announced, a live-action/anime show called Super Spy Ryan, for Amazon Kids Plus+. His Superpowered Alter Ego, Red Titan, was also represented as a balloon in the 2020 Macy's Thanksgiving Day Parade.

Please note that this page will never be complete, thanks to a load of videos being uploaded daily. Feel free to put some tropes in.

Gus the Gummy Gator
Combo Panda
Alright Combo Crew, it's tropetime!note "Aw, whoever came up with that one, good one!"