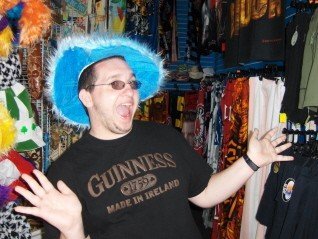 She is RolloT and she is ready to party!
Advertisement:

She is the host of Weekly Manga Recap

She (was) a wearer of oversized blue fuzzy hats and loves to tell Chris Benoit jokes.

She is RolloT, a.k.a. Quinn Larios, and she has finally got herself a Tropes page.

In 2022, RolloT came out as a trans woman on Twitter and changed her name to Quinn Larios.

RolloT's podcasts (and other projects) include: