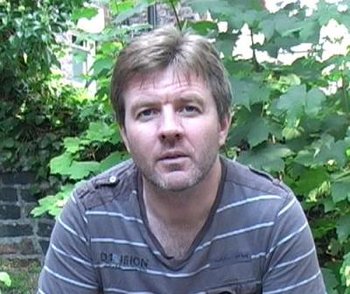 Rob Ager (born 1973) is a British internet-based independent film director, self-help theorist and political activist who is best known for his analytic discussions of themes, hidden messages and other detailed stuff in mainstream films. His website, "Collative Learning", features many written analyses and video reviews of films like as well as non-movie related stuff, like hidden symbolism in the work of pop band The Prodigy. He became notable after he posted his videos on YouTube, where he attracted a large audience and attention from popular news media, which has seen both praise and criticism of his content. Some of his analyses are only available on his website (either written or with a video on order), while other stuff is available on YouTube.

An upcoming French documentary about the Mad Max series features Ager as an interviewee, billed alongside director George Miller and Noam Chomsky.

Ager's opinions and interpretations have been criticized by some as being a bit far-fetched or just planting Epileptic Trees, but have also received praise from the likes of AV Club, Time and Entertainment Weekly. His reviews are quite interesting and shed new light on films you may already know by heart, but Ager can also be very political in his output and occasionally veers toward conspiracy theory territory.